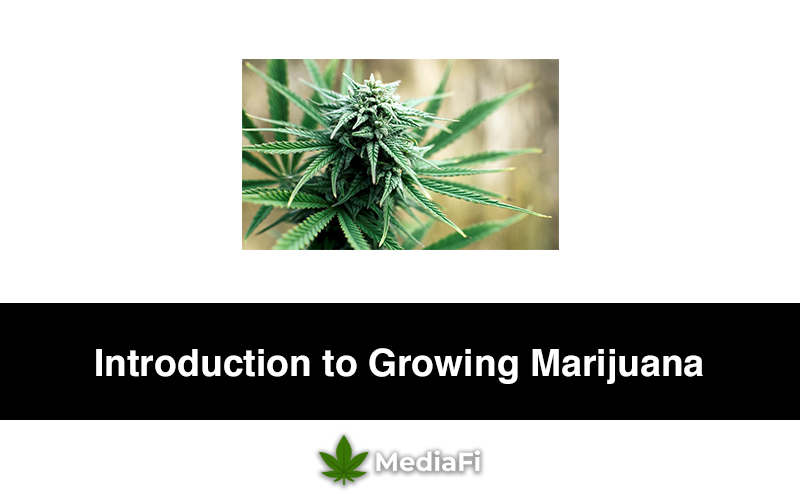 Before you start off with your journey of growing your own weed, there are many different notions about it in your mind. However, most growers who are starting off tend to think that growing marijuana is a tough and challenging task which consumes a lot of time and effort. However, while it is true that it does require time and effort, it is not something that is too hard for a novice grower. In fact, if you know what you are doing, this is actually quite a simple process! The plant grows by itself, you just need to provide the right kind of care to it.

Over the course of this article, we aim at taking a closer look at everything that you need to know about growing weed – right from its life cycles to the different methods of growing weed, how to know if what you are growing is indeed a ‘good quality’ product. As well as what to do after the whole process of growing is complete. We also attempt to answer some of the most frequently asked questions about marijuana – growing it as well as consuming it! This is a one-stop destination for everything that you want to know about growing marijuana, and more specifically, growing marijuana indoors!

Understanding the Life Cycle of a Marijuana Plant

Before you start off on your marijuana growing journey, you need to understand one thing – the life cycle of the plant. These are the different stages it goes through, starting right at the seed stage and going all the way up to the time you finally harvest it to smoke that sweet, sweet bud you had been growing for yourself!

When it comes to growing your own marijuana, you need to know which are the two main ways in which it is done – there’s a method of indoor growth while there’s also a way to grow marijuana outdoors. Let us take a closer look at both of them:

How to Know You Are Growing Good Quality Weed?

Why Should You Grow Your Own Weed Instead of Buying It?

One question that many growers tend to ask time and again is – why are we growing marijuana while there’s an option to buy it! Now that weed has become legal across so many states in the US and in many countries around the world, you no longer need to buy it from hush-hush dealers and you can actually walk into a dispensary to buy your own weed! However, there’s still a lot that is beneficial when it comes to growing your own weed. Here are some reasons as to why you should grow it rather than buying it:

In addition to these reasons, since growing your own weed means you get a lot of produce, you can actually gift some of it to friends and family and they would really appreciate this act of generosity from you as well, making you a star of your social circles!

Here is a look at some of the most commonly asked questions when it comes to growing your own marijuana:

1. Is it legal to grow marijuana?

It is a case-to-case scenario. Growing weed is legal across many states in the US. However, the quantity of weed that you can grow differs from state to state. Some states allow consumption of marijuana for medical purposes only while there are other states which also allow recreational smoking. Make sure that you familiarize yourself with all the laws before you start getting into growing weed!

2. Why does marijuana smell so much?

The smell of marijuana is rather strong and pungent and this is because of something called ‘terpenes’. These are a chemical compound present in marijuana plants which begin to kick-in at around the late-vegetative stage. Terpenes are the primary reason for the smell and generally, it is considered that the stronger the smell, the more potent the high will be. Terpenes have another major role to play – the smell repels away insects and pests who might otherwise affect the plants adversely.

3. Can I accidentally get high while growing weed?

No! You cannot ‘accidentally’ get high unless you smoke or eat marijuana (in any form).

4. Why is a grow light important?

A grow light is important because when you are growing weed indoors, there’s no access to sunlight the way it would be if you were to grow your plant outdoors. Hence, grow lights essentially act as a replacement to the natural light of the sun. Grow lights provide all the different wavelengths that a plant needs for its growth and they also provide the warmth that plants need. Depending on how much light the plants get, their growth is also affected and when light hours are reduced, the plant can be manually made to enter the flowering stage! Hence, grow light has quite an important role to play for growers who grow their weed indoors.

5. Which is the better way of growing marijuana: indoors or outdoors?

It depends on a case to case scenario but most growers have, of late, begun to grow their weed indoors because it gives them a much greater amount of control over their products as compared to growing outdoors where most of it depends on the forces of nature!

We hope that this article helped you gain a better insight into growing marijuana. We have attempted at providing you with a complete introduction to growing marijuana, hoping that it would help new growers grasp the concepts in a much better manner. Growing marijuana has many benefits compared to buying it and growers need to know exactly what they are getting into! Do let us know in the comments or over the mail if there is something that you want us to talk about or if there is something that we might have skipped in this article!