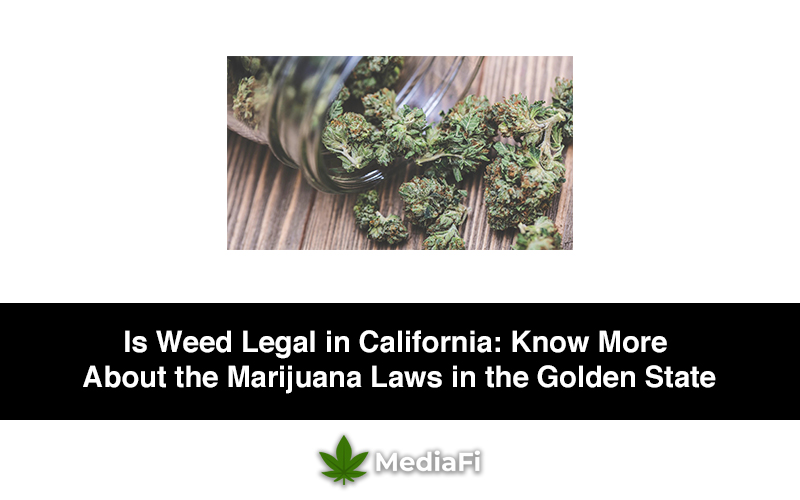 For many years there has been a heated debate internationally about the legality of weed. While weed was largely legal and/or unregulated in most countries around the world (not in the US though) back in the first half of the 20th century, Reagan’s war against drugs saw a worldwide paradigm shift where marijuana suddenly got bundled with hard drugs such as cocaine and heroine and governments all over the world began to impose bans and penalties and strict punishments on it. It was then that the stigma against weed-smokers also started to rise.

However, in the 2000s, there has been an active demand for legalization of marijuana – this has been growing as a global movement and multiple countries all over the world have begun to relax their laws with regards to marijuana. Many countries have begun to relax the laws around medical marijuana consumption while there are some which have also relaxed the laws when it comes to smoking weed for recreational purposes. As this century progresses, the perception of weed as a ‘gateway drug’ is fading away and it largely being accepted and embraced by governments.

Over the course of this article, we take a closer look at the history of weed legalization in the US and particularly focus on the marijuana laws in California. For those of you wondering ‘Is weed legal in California?’ read ahead to find out all the answers to this!

The legality of Weed in the US

When it comes to legality of weed in the US, one thing that you need to know is that till 1970 it was legal to smoke weed in the country. Hashish parlours, opium dens and hemp cigarettes were pretty common in the US in the late 19th century but eventually dwindled away as laws and regulations began to get stricter in the early 20th century. However, things changed in 1970 when Marijuana got listed as a Schedule I drug which prohibited its use for all purposes including medical consumption. Things got even worse in 1990 when being caught with marijuana would mean your driving license would also be suspended along with punishments that you would normally face.

Things began to change in 1996 and the change began from California! The state had become the first in the country to allow the consumption of marijuana for medical purposes. From 1996 to 2012 there was a wave of several states in the US allowing the consumption of medical marijuana. Things went another step forward in 2012 as Washington and Colorado became the first two states in the US to legalize the recreational use of marijuana as well.

When you look at the legality of weed in the US, you see it via four filters:

Medical marijuana is legal in 29 states of the US. 11 states and Washington DC have completely legalized the consumption of marijuana in the US. Let us now focus at our primary question at hand – is weed legal in California?

Is Weed Legal in California?

To give a very simple and concise answer to this question: Yes, weed is legal in California. In fact, California was actually the first state in the country which took this leap forward and made the consumption of marijuana for medical purposes legal in the US. This happened all the way back in 1996. Some 23 years later, the state now allows (as of 1st January 2019) the consumption of marijuana for recreational purposes as well! However, you must know that while weed is legal in California, it does not mean that you can carry very large amounts or use it in any quantity that you desire. There are some reasonable restrictions imposed upon these laws which will shall look in detail in the questions that follow:

You’ll need to understand the chronology of weed related laws in California to get a better perspective of things:

Here’s a closer look at some of the most frequently asked questions about weed regulations in California. Here we try and provide you an insight into the nuances about the laws that govern marijuana consumption in California:

In order to buy weed in California, a person needs to be above 21 years of age. This is the bare minimum required to purchase weed. The person who is going to buy weed needs to also carry a valid government ID which will be checked by the person who sells them weed. However, this is only for recreational purposes.

Now that you know the answer to the big question of ‘is weed legal in California’,  let us also take a closer look at how much weed can you buy in the state. For those who are of a legal age to buy weed, they can purchase up to 28.5g (1 ounce) of marijuana per day. However, this is a restriction imposed upon those who want to buy weed for recreational purposes. Those looking forward to buying weed for medicinal purposes have slightly relaxed regulations – as they can buy weed up to 8 ounces per day provided they are enrolled in the state’s medical marijuana program.

While the sale and consumption of marijuana for medicinal as well as recreational purposes is legal in California, the cost of weed is a little on the higher end! This is because of the high tax rate on weed, which is a 15% tax on sales. The state government expects to earn as much as a billion dollars via these taxes and based on the city that you are buying weed from local taxes can also be imposed. Hence there’s no exact price of weed which is same for all over California. Furthermore, given the recent wildfire, a lot of weed plantation has been affected – and this is something that happens frequently. Hence, the price of weed might rise further in the future.

However, to give you a generic idea about the average cost of marijuana in California, it is about $11 for every gram of weed. Basically, when you buy eighth of an ounce, you pay $34 for that. Basically if you want to buy an ounce, you’ll have to pay north of $300 for that!

Yes! Weed can be home-delivered to you as well. There are a number of apps and services which allow the delivery of weed to your home in California. This is great for those people who do not want to be seen entering a weed dispensary but still want access to weed. Furthermore, this is a great option for those who are too busy with work and might not have the time to go to a place to buy their weed! Marijuana can be home-delivered to you but you need to be of legal age (21) to place an order and your ID will be verified once it is delivered to you.

Considering that marijuana is legal in California for medicinal as well as recreational purposes, there are absolutely no restrictions on the form factor. You can consume it any way that you want to. The most common form that marijuana is sold in California is dried marijuana which people can roll up and smoke in old-fashioned way, however, concentrates, hash, tinctures and edibles are also quite popular among stoners. Just a word of caution while consuming edibles: be careful on the quantity that you’ve consumed as the ‘hit’ might take a while but you don’t want too much of it in you so watch out!

Yes! Again, given that the laws in California allow you to smoke weed freely for recreational as well as medical purposes, you are also allowed to grow your own weed at home. However, there are some reasonable restrictions imposed upon this as well. You can only grow 6 plants at your home if you want to grow them for a recreational use and if you want to grow your plants for medical use, you are allowed to grow 12 of them. You can keep the harvest to yourself and there is no limit on that.

California allows growers to grow their own marijuana but only when it is grown indoors. If you plan to grow weed at home in California, we suggest you use grow tents. It is forbidden to grow weed in any place that might be visible to public. You won’t be allowed to sell and distribute the weed that you grow commercially.

Considering that weed is now legal in the state, many entrepreneurs might already be planning to start off with their weed-related startups. All you need to open up a marijuana dispensary in California is the right licenses. However, know that it is going to be an expensive affair!

First off, you need local approval from the county or the city government. Following that you would require environmental clearances and then get a state license. Then you would require preliminary determination of eligibility, followed by initial ranking and second ranking, and then public meeting and city council selection. After all these things are done with, it is only then that you could get started off. You would also be required to clear a criminal background check. All these processes can cost you between $8000 to $10,000.

While it is legal to smoke weed for recreational and medical purposes in California, you can’t just smoke your weed anywhere you want! There are some restrictions as to where you are allowed to smoke it. The most basic understanding of it is – you can only smoke in private property such as a home. Smoking weed in public places is not allowed. You can’t smoke weed in California’s restaurants, bars, parks, etc. A fine of $100 to $250 can be imposed upon you if you are found smoking weed. Some cities have open smoking lounges where you can smoke weed but always check with the place before you light up your joint.

It is absolutely illegal to drive while under the influence of weed in marijuana. Authorities in the state are very strict about it and you can be fined anywhere between $390 to $1000. Moreover, you can also face jail time, get your driving license suspended or face probation. Furthermore, we strongly discourage driving while on weed because firstly it is against the law and secondly you would be putting your life (and the life of others on the road) at a risk if you do so.

We hope that going through this article answers the question for you about ‘Is weed legal in California’. We have tried our best to give you a detailed look at laws around the consumption of marijuana in the Golden state as well as a quick insight into the US and their history of legalization of weed. We have also tried and answered some of the nuances about the laws that govern cannabis in California so that you get a better insight into things about that! If there’s anything that we missed or something that you would like to know, feel free to get in touch with us!